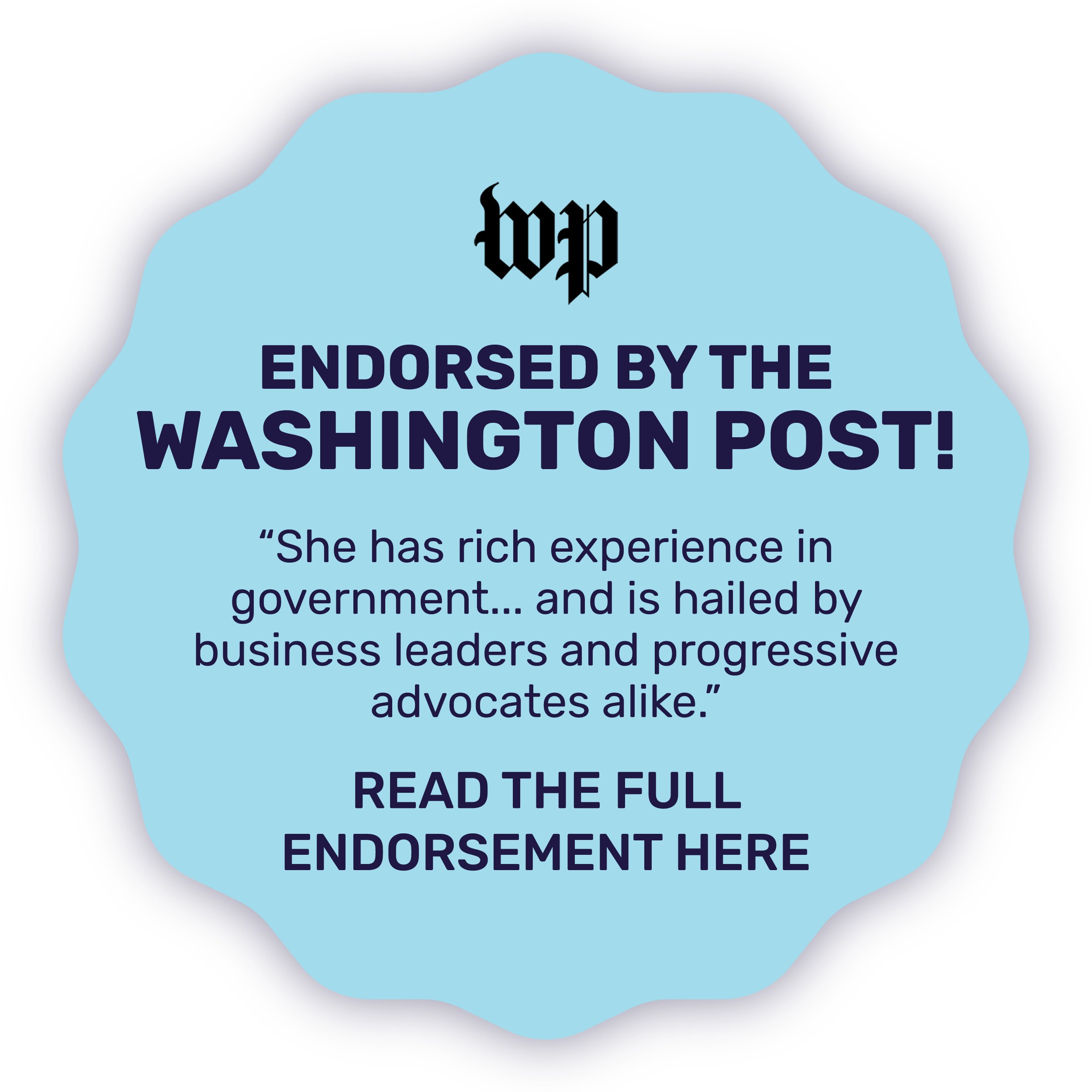 Your zip code should not determine your opportunity for success.

Together, we can make DC work for everyone who lives here. Join my campaign and we'll make it happen!

Thank you for your interest in my campaign. I'll be in touch soon with updates and ways to get involved.

Your support means so much to me!
Oops! Something went wrong while submitting the form.

Please email christina@christinahenderson.org and we'll be sure to add your name directly and get to the bottom of what went wrong!

Check out this helpful tool to find your early vote centers, ballot drop box locations, and where you can vote on election day!
Find My Voting Locations

Christina Henderson is a dedicated public servant and education policy advocate, with deep experience in, and passion for, promoting more equitable outcomes in DC and nationwide. As a trusted political advisor, Christina has counseled United States Senators, DC Council members, and state and local education officials on an array of domestic policy issues that deeply impact families and children. And as a new mom, Christina’s work has never felt more personal.
CHRISTINA'S STORY
This campaign is about bringing a fresh voice to the DC city council. Join me and make your voice heard in city hall.
Order Your Yard Signs Here!
Thank you for your interest in my campaign. I'll be in touch soon with updates and ways to get involved.

Your support means so much to me!
Oops! Something went wrong while submitting the form.

Working on the issues that matter most.

Access to high-quality, affordable early care and learning is a growing concern for families in the District, especially as the number of residents with young children continues to rise.
Explore the issue

I have dedicated my career to creating better access to and equity in educational opportunity for students in DC and nationwide. After more than a decade of work on these issues, I understand the modern demands and challenges of public education.
Explore the issue

DC is only 69 square miles, but the inequities across the city are stark. DC residents can be proud of the city’s growth and development in the last 15 years, but should be dismayed that DC government has not used all the tools at its disposal to ensure progress happens everywhere.
Explore the issue

DC has the highest maternal mortality rate in the country -- a rate double the national average -- and yet there is not a full-service hospital east of North Capitol Street providing obstetrics care.
Explore the issue

If there is one thing that every District family wants, it's to live in a safe community. I know there are no silver bullets to solving this problem, and that our solutions must be data-driven, comprehensive, and looking to address the root causes.
Explore the issue

DC has been a leader in advancing policies to promote environmental sustainability. But we must do more to take care of our people and protect our city for the generations to come.
Explore the issue

Small and local businesses are the backbone of the District’s economy. We need to double down in making the District more business friendly.
Explore the issue

Truly allyship means making space and listening to the voices of those who have been traditionally ignored.
Explore the issue

A democracy can only work when the people have trust in the officials they have chosen to represent them. To serve in elected office and work in government on behalf of the people is a privilege, and the people will always be my priority.
Explore the issue

Statement regarding the D.C. Council’s consideration of a resolution to disapprove the D.C. Public Schools security contract managed by MPD.

Washington, D.C. – The following statement is from Christina Henderson, candidate for D.C. Council At-Large, regarding the D.C. Council’s consideration of a resolution to disapprove the D.C. Public Schools security contract managed by MPD:

“Students have been telling us for years that the presence of police officers in their schools makes them feel like criminals and that too often police presence does not de-escalate situations. We know that does not contribute to a positive learning environment for our young people and I’m glad Councilmembers are finally listening. If we are serious about dismantling the school-to-prison pipeline that disproportionately affects Black children in D.C., we have to reduce the presence of police officers in our public schools. I applaud the move by Councilmembers Grosso, Nadeau, McDuffie, Allen, and White and look forward to the debate on this matter in the coming days.

“When I am elected I will work to end policies and practices that push young people out of school and into the criminal justice system while increasing investments in restorative justice practices, trauma-informed training, and critical personnel like school psychologists. It’s time for D.C. to invest in more effective approaches to school safety.”

Christina served as Councilmember David Grosso’s first Legislative Director and later as the Committee Director for the D.C. Council’s Committee on Education. In this capacity, she worked on student discipline policy, including bills to require the Office of the State Superintendent of Education to publish suspension and expulsion data disaggregated by various demographics and legislation to prohibit the suspension and expulsions of pre-kindergarten students in D.C.

First-time candidate reports 420 donors across all eight DC wards, with an average contribution of $63

Petworth -- Today, the District of Columbia Office of Campaign Finance has officially certified that Christina Henderson, a candidate for DC Council At-Large, has met the requirements for certification as a participating candidate in the Fair Elections Programs.

In her campaign’s first fundraising report filed on January 31, Henderson reported $26,482 in donations from 420 individual donors since the campaign’s November launch. Of those donors, 274 are District of Columbia residents, representing all eight DC Wards, whose donations were approved to be matched 5-to-1 as part of the Fair Elections Program.

“I chose to participate in DC’s new public financing program because I believe we have to get big money out of city politics,” said Henderson. “I’m pleased that we have qualified, and encouraged that we did it with grassroots contributions from residents of all eight wards, with an average contribution of $63.”

The Fair Elections program is a voluntary public financing program for local political campaigns in the District of Columbia. Participation in the program requires a candidate seeking certification to demonstrate a base of support for their candidates by collecting a minimum number of aggregated dollar amount and qualified small dollar contributions. For the office of At-Large Councilmember, a candidate must submit a minimum of $12,000 in qualified small-dollar contributions from a minimum of 250 individual residents of the District of Columbia.

Christina Henderson, a current legislative assistant for Chuck Schumer (D-NY) and former staffer for outgoing At-large councilmember David Grosso, has announced her independent candidacy for an At-large seat on the D.C. Council.
Read The Full Article